Women of experience and know-how are becoming the change artists of today. Through memory, they are lighting up the dark corners of human condition. I see it everywhere – from politics to the arts. During the last few weeks, the pace of older women taking center stage has accelerated and it’s a joy to observe how they are managing in worlds usually reserved for younger people. 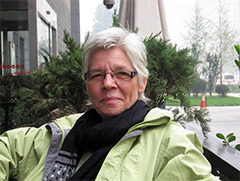 This month, I attended the book launch for Susan Crean’s Finding Mr. Wong, her intriguing new effort to piece together and bestow meaning on the life of her “grandfather by affection,” Mr. Wong, cook and housekeeper to her Irish Canadian family for two generations. This book, Crean’s seventh as author or co-author, took ten years to research and write. She traveled to Guangdong, China, Mr. Wong’s home village, to discover his early beginnings as well as combing the streets and histories of Chinatowns in Vancouver and Toronto.

The book launch, held at Toronto’s hip Gladstone Hotel, was filled, overflowing with Crean’s friends and well-wishers. It was a testament to her long-standing role in the community of arts and letters as an advocate for women and indigenous people.

I can remember clearly when her groundbreaking study, Who’s Afraid of Canadian Culture appeared in 1976. Crean documented the tsunami of new developments in Canadian theatre, publishing, art galleries, film and recording industries. Homegrown artists no longer wished to relocate in the U.S. to garner an audience for their work and Susan’s book helped push governments to build the support systems the burgeoning national arts scene needed to survive. 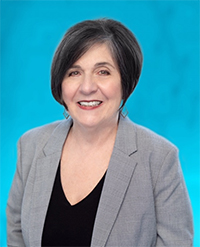 The day before the launch of Finding Mr. Wong, Anita Lerek shared with me the poetry she had written about the hearts of older women. As an editor, I’m often asked to read new work, a request that makes me nervous. What if I don’t like the writing;  what then?  In Lerek’s case, her writing is so wonderful that I wish to read it again and again, which should happen with good poetry. Strong and soulful in meaning and technique, poetry of this caliber deserves a wide audience.

Lerek’s poetry is brave, tough as leather and speaks to the inevitable “dying of the light.”  As Maria Popova reminds us in Brainpickings, “Poetry can break open locked chambers of possibility, restore numbed zones to feeling, recharge desire,” Adrienne Rich wrote in contemplating what poetry does. “Insofar as poetry has a social function it is to awaken sleepers by other means than shock,” Denise Levertov asserted in her piercing statement on poetics.”

Here’s an example of Lerek’s work:

“I need to know how much time remainsbefore the boxing up, the clearing outbefore I say so

I want to howl for as long as I canabout the injustice of the finite,the tyranny of counting,how much time has passed,the impossibility of knowing how muchis left.”

Over the years, Lerek’s multi-faceted career has evolved. She was called to the Ontario Bar in 1981 and was in private practice for a decade, specializing in employment and trademark law. Prior to becoming a lawyer, Anita worked as a community college teacher, a book editor and a literary agent. After ten years in practice, she founded Advocate Placement Ltd., a legal headhunting firm, followed by Planet-Legal established in 2017.

I was surprised to learn that Lerek didn’t begin writing until 9/11 when that tragic event awakened her unique voice. As the oldest child of holocaust survivors, she feels she must carry the candle, the memory for those who are already gone.

Older women, like Crean and Lerek, are claiming their artistic and social space as never before, notwithstanding the barriers. In a recent article in the daily online magazine for literary junkies, Lithub, Jenny Bhatt speaks to what she terms “the mindless and exclusive celebration of youth.”

Fighting words, I admit, but they do have the certain ring of truth. “Older” writers, that is, anyone over 40, can attest to the discrimination by literary agents and publishers of “older” writers submitting their debut manuscripts.

At a recent writers’ group event where one literary agent from a prominent agency spoke to an audience of over 40 writers, she remarked, “We are always thinking about how we can build an author’s career over the long-term. If the author looks like she only has one book in her, we stay away.” Of course, these words could dissuade many older writers from submitting their work or even stop them from writing.

Jenny Bhatt addresses this situation head-on when she says, “When I began querying for my first short story collection, as a woman of color in her mid-40s, what I discovered was not encouraging. Several agents and publishers loved my writing, and even asked to see the novel I was working on, but ultimately felt they could not take on a short story collection from a ‘debut writer.’ What they could not bring themselves to say, I eventually realized, was ‘debut older woman writer,’ because I knew of (and was sometimes even reviewing) many debut short story collections by younger women writers, including writers of color— in fact, they seemed to be coming out all the time.”

Next, Bhatt lists the authors who published wildly successful books after turning 40. She also makes the point that many authors, (myself included), were not exactly late-bloomers. Instead they (we) made a thoughtful decision to concentrate on career and family before branching out as writers, and giving our art the full on attention it deserves.

As Lerek attests, “I live everyday as if it is my last day. I want to produce, and rather than my writing just being about me, I wish to be a mirror for others.”

For Crean and Lerek, writing is an act of courage they’ve perfected. For readers, both women are icons of creative persistence in the struggle against the “dying of the light.”

A Gift to Brighten the Holidays

Reunions Remind Us of Who We Are