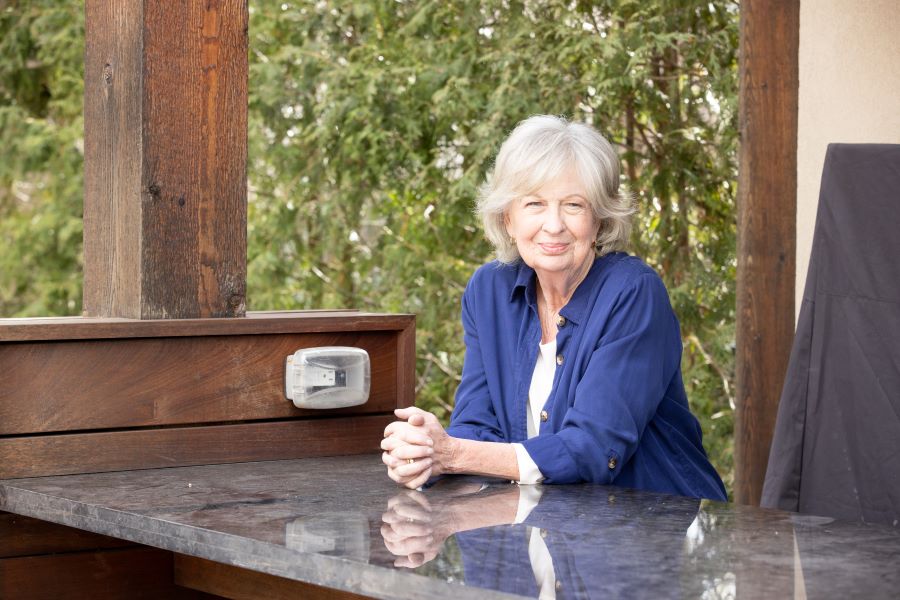 Jayne Eastwood: A Conversation with the Real Doris

Are you familiar with that sensation when you meet someone for the first time, and you feel like you’ve known her forever? That’s what it was like meeting Canadian actor Jayne Eastwood. We met on Zoom, where it can be challenging to create a rapport, but it was easy with Ms. Eastwood. She’s as friendly and as down-to-earth as she appears in the more than 250 professional acting credits under her name.

I’ve been enjoying Eastwood’s performances for fifty years, since 1970 when she appeared as Betty in “Goin Down the Road,” her first feature film and the film that launched modern Canadian cinema. Directed by the now legendary Don Shebib, it’s a story of two Maritimers and their girlfriends trying to make good in Toronto.

About Jayne Eastwood and Her Acting Career

More than 50 years after Eastwood’s performance in the film, the vividness of her portrayal of Betty sticks in my memory. In the movie, she’s both tough and poignant, funny and “in trouble,” as we used to describe her situation years ago. For six months of shooting the film, Eastwood was paid $600. Doug McGrath and Paul Bradley were paid $1000 each. Eastwood recounts that to survive while shooting “Going Down the Road,” she modelled at the Ontario College of Arts.

When the film appeared, it became a huge hit. Pauline Kael gave “Goin Down the Road” a rave review in “The New Yorker” magazine. “There is scarcely a false touch in the film,” Kael wrote. High praise from the most respected film critic in America. In 1971, Roger Ebert said, “Goin’ Down the Road” is about hard times here and now, and it’s the best movie to hit town in a long time.”

Since “Goin Down the Road,” Eastwood has worked tirelessly to keep her career on track. Never abandoning Canada for the U.S., she’s acted throughout the ups and downs of the Canadian film and television industry. In 2019, ACTRA Toronto presented its Award of Excellence to Jayne Eastwood, “a Canadian character actor with 50 years’ experience acting in film, TV, stage and voicing animation.”

“I’m beyond grateful for my career,” says Eastwood, harkening back to her early years acting in Toronto’s 1972 legendary production of Godspell starring Eastwood, Eugene Levy, Andrea Martin and Martin Short.

When Eastwood was in her early forties, she asked her manager to select her for older roles, women 75 years and up. It worked. “Once I moved into the older market, it became better for me,” and she began working more.

Today Eastwood calls herself “the Queen of small parts in American movies,” including the blockbusters “Chicago,” “My Big Fat Greek Wedding,” and “Hairspray,” all shot in Toronto. She’s worked with superstars Paul Newman, Bette Middler, and Sir Ben Kingsley and remarks, “The bigger they are, the nicer they are. Paul Newman was absolutely adorable.”

Eastwood adds, “I don’t think actors get old. As writers, musicians and painters, we might look old on the outside, but not on the inside. Staying vulnerable keeps us young.” To this day, she has no difficulty memorizing her lines. “It’s a skill,” she explains.

Her Role as Doris In the Chip Reverse Mortgage Commercial Series

Throughout the pandemic, Eastwood has continued to work. Now she’s playing Doris in a beguiling series of vignettes, called “Conversation Stoppers,” about an older woman trying to persuade her children that she’s perfectly content staying in her home, for HomeEquity Bank, the providers of the CHIP Reverse Mortgage. Doris doesn’t want to move. She lives happily in her comfortable home on her own.

In these funny and endearing mini-stories, Doris talks directly to the camera while playing a game of solitaire. You’ll recognize Doris when you see her. She’s sharp, knows her own mind, and is funny in an ironic sort of way. She reminds me of independent older adults who don’t want to sell their house to move to smaller digs, move in with their kids, or go into a “nursing home,” as Doris calls them. Like most folks her age, Doris intends to remain in her own home where she is comfortable, safe and in familiar surroundings-and. She’s not shy about what she wants.

Eastwood, who’s enjoyed working with the team at HomeEquity Bank, exclaims, “I am Doris, a woman who knows what she’s doing!” Today Eastwood lives in her own home, a lovely two-bedroom that she’s owned since 1986. On top of acting, she paints and sketches in her home-based artist’s studio and enjoys the company of friends, old and new. She closes our interview by saying, “There’s no room for complacency.”

Like Doris, Eastwood intends to continue to enjoy her life, act, paint, and experience new adventures as she ages. Whenever I’m feeling blue, I’m going to watch HomeEquity Bank’s Doris in Conversation Stoppers to remind me how much dignity – and humour – we can maintain as we age in place.

Making and Keeping Friends as You Age

Everything You Need to Know About Aging in Place

Author of 'The Cook's Temptation',Joyce Wayne, has won numerous awards for her contribution in Journalism and Fiction