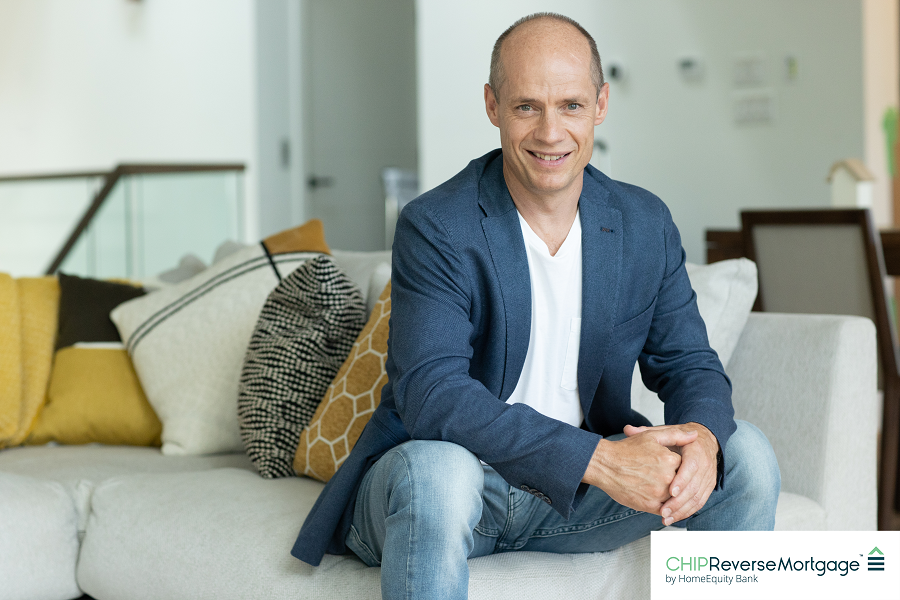 Kurt Browning is back – and this time it’s personal!

Like millions of other Canadians, I’d long been a Kurt fan. I remember watching him while growing up in Poland, and was thrilled when he became the first person to land a quadruple toe loop in Budapest. I cheered him on during the Olympics, and celebrated his many figure skating World Championships.

So to say I was star-struck when I met him and he chose to partner with us would be an understatement. But, if possible, I’m an even bigger fan now than I was when I followed his figure skating career.

Because Kurt made clear from the outset that he wanted to believe in the brand. And in his entire four years as a brand ambassador for us, his integrity in this regard has shone through every single day.

Kurt has said many times he wanted to learn more about HomeEquity Bank and our products because he didn’t want to just be a face and a name — he wanted to believe in the company and its mission. And when he determined we were true advocates for our customers, he signed on.

Kurt shares our commitment to Canadians 55 and up. He passionately believes older Canadians should be fully supported in fulfilling their dreams to age in place in the homes they love, which is why he’s been such an enthusiastic advocate for our CHIP Reverse Mortgage.

For Kurt, personal connections are paramount. When I asked him four years ago to host a special surprise skate for an 80-year-old fan from Moncton, he didn’t hesitate for a second. He jumped right in to plan the day, invited a few of his famous friends to join us and when the skating was over, he invited everyone for lunch.

People tell me all the time how much they admire Kurt as an athlete who has spent all his life perfecting his skill (and I watched, in awe, four years ago as he did backflips on ice at the age of 50 for an HEB commercial) and as an individual who is always warm and welcoming. Kurt never hesitates to stop to say hello and reminisce with anyone who wants to chat with him.

If you’re a customer and you’re as big a fan as we all are at the bank, you may be in luck: Kurt will soon call some customers to hear how they’re doing. He’s an open book, so don’t hesitate to ask him about landing that famous quadruple toe loop or how he stays in shape as he approaches 55 himself!

He’ll be happy to chat, and you’ll come away from the conversation an even bigger fan than you were before. That’s exactly how all of us feel at HomeEquity Bank, which is why we’re so thrilled Kurt is continuing on as our ambassador — and as a dedicated, genuine, truly caring advocate for older Canadians.

Are you considering buying a cottage? If so, make sure it’s age-friendly

Get Your Free Guide
Please fill keyword to search