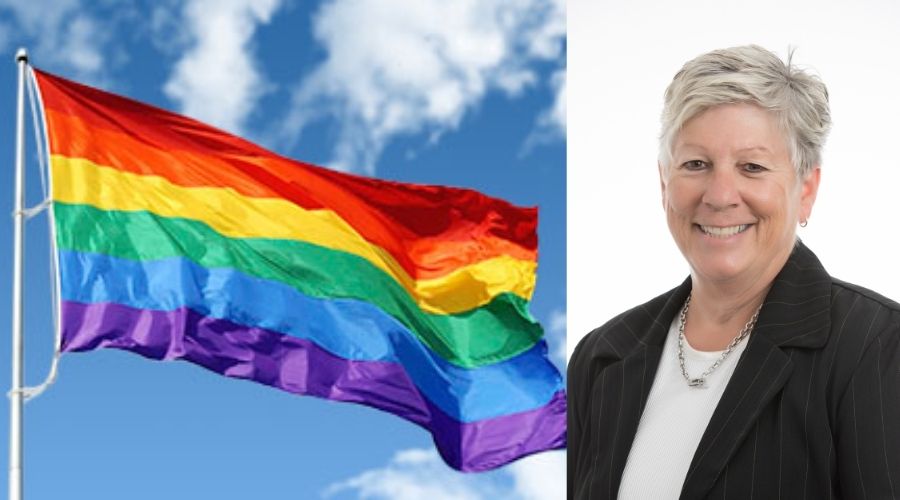 Our very own trailblazer, Sue Pimento

There are trailblazers, and then there is Sue Pimento. In August 2005, at the age of 49, Sue married her partner Bonnie. That was only 1 month and 4 days after same-sex marriage became legal in Canada.

At the same time, Sue was working in the mortgage business, her specialty being “building dynamic and high-functioning teams.” Since joining HomeEquity Bank in 2015, she’s built her territory from Ontario to Newfoundland while growing it from $40-million to more than $300-million.

When I asked her why she enjoys working for HomeEquity Bank, she said, “Anyone can sell mortgages, but I could see an underserved demographic, an older population who was misunderstood and underrepresented. Older Canadians need money like everyone else. Money gives you choice, and choice gives you dignity.” Sue points to the fact that Canadians are living longer than ever before, and that means having the ready resources to support and enjoy a long life.

For Sue’s parents, as for most of our parents, the age-old financial goal was to buy a house and pay it off. Today it’s different. A HomeEquity Bank CHIP Reverse Mortgage gives those 55 and older permission to enjoy their lives, and Sue sets out to help her clients do just that.

Not only is she a star in the mortgage business, but Sue is also a groundbreaking business person. Raised in a staunch Catholic family, she didn’t come out until she was 37 years old. When she first told her mother she was gay, her mother’s response was: “Why in God’s name are you telling me?” followed by “I’m not condoning it.” Sue’s mother did not attend her only daughter’s wedding.

But Sue was tired of hiding both from her family and from her colleagues in the banking sector. As a gay woman, she’s felt marginalized, which reduced her to feeling she was “not good enough.” For most marginalized groups, self-loathing can be a part of the package of shame and otherness. So Sue integrated marketing to the LGBTQ community as part of her business plan. It’s been an enormous success.

Business situations were not easy for a gay woman or her wife. When she was employed by one of the big banks, she was at a management retreat, and it fell over Valentine’s Day. This meant that no one would be home to celebrate Valentine’s Day. The bank’s Senior Vice President decided it would be a nice gesture to send all the “wives” flowers. “Well, you can probably guess that all the wives except Bonnie received flowers,” recalls Sue. “When I asked why, the SVP started to make excuses like ‘we didn’t think she would like flowers.’ Needless to say, he ended up apologizing to Bonnie personally and then sent her flowers.” Not only is Sue an accomplished businesswoman, she is also a formidable champion for gay and lesbian rights.

Today, the business environment is more welcoming to LGBTQ people than when she started out, Sue assures me.  The business world is finally saying, “We get it.” She describes the different levels of acceptance –or lack of acceptance– she has encountered on her way:

“Advocacy is the final stage of acceptance,” according to Sue. It means straight people are not only accepting gay people, they are advocating for them.

At HomeEquity Bank, 30 people report directly to Sue Pimento, all of whom she considers “100 per cent my allies”. Towards the conclusion of our conversation, however, she does add, “You have no idea what it took to get here.” I can only imagine. There are tears in her eyes as there are in mine when she expresses what she overcame to get to where she is today.

Sue and Bonnie do attend Pride events in Toronto because, as she says, “it’s quite impactful when you see others like yourself.” She suggests that gay people use Pride as a driver. Her words of advice hit home: “Be yourself; everyone else is taken.” Being herself has served her well in business. It’s appealing to work with someone comfortable in her own skin and humble enough to find the courage to stand up for herself, not hide in the margins or disguise who she really is.

For my part, Sue Pimento is one of the most courageous and authentic people I’ve interviewed. She’s forthright, successful, and most importantly, entirely authentic. She’s not in hiding.  Anyone can learn a great deal from the barriers she’s overcome, the prejudice she’s fought and the inclusiveness and human decency with which she lives her life.

Making and Keeping Friends as You Age

Author of 'The Cook's Temptation',Joyce Wayne, has won numerous awards for her contribution in Journalism and Fiction

We respect your privacy
Please fill keyword to search